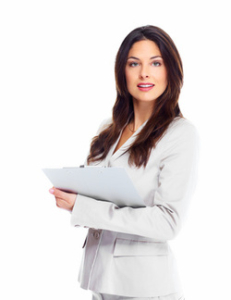 “I have no second act,” my friend responded to my question about making a transition.  He had been in the same field for over 20 years.   The problem was that his industry was consolidating, his company was restructuring, and he had just been passed over for promotion, an unfortunate sign that his upward trajectory was over.  His words bothered me, particularly because I knew him when he was a young go-getter.  His current status—“middle-aged executive in a declining industry”—most often devolves into “middle-aged, unemployed, former executive.”

But, my friend had been cultured in the mindset of the old world of work.   One career path per person.  Since it was dinner with an old friend and not a career counseling meeting, I kept the conversation fun.  I wondered, however, if I had been irresponsible in not addressing him about the peril of his situation.  I tried to defend my inaction: he must certainly understand his situation.  Pointing it out would bring him down and I might sound overbearing if I urged him to act.

A few days later, a new client with the same basic pattern entered my office.  Unfortunately, I met her too late.  She told her sad tale.  She had a built her career in a field that was now undergoing change.  Her performance reviews had consistently been excellent.  She had risen to a high-level executive position.   But, a new boss from the outside started six months ago.  They didn’t get along.  My client’s described her new boss as a demanding control freak.  Based on my interaction with my client, I have no reason to doubt that this was true.  It didn’t matter.  She was now an unemployed middle-aged former executive.

She seemed intent on simply having someone wake her up from that dream.  I implored her to consider how she could reinvent herself—create her second act.  I described different strategies that would position her in the new world of work.  Intellectually, she understood that the world of work had dramatically changed, that our country is still in the midst of an economic turmoil, and that “other people” took a long time to find a job.  But, there is a difference between understanding something intellectually versus emotionally.  She politely redirected our conversation towards getting help tweaking her resume and discussing other ways that she could be back in a similar position.  “I have always been considered a top performer, it was just this one boss…”

A month later, she wrote me begging for a second meeting as soon as possible.  She was stunned by the “non-response” to her cover letters, e-mail inquires, and calls to her industry friends.  She was not getting rejected.  She was getting ignored.  We discussed the harsh truth: companies in her industry (and most others) are not hiring middle-aged executives. Companies are shredding them.

I picked up the phone and called my friend.