I am a fortysomething 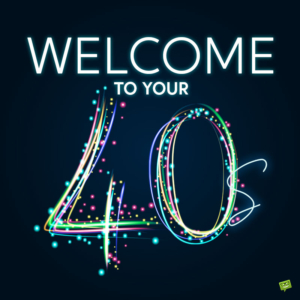 Those in their forties who want to change careers often feel the most trapped.  Those in their twenties are still searching and have different challenges but usually do not feel locked into a career path. Those in their thirties definitely feel the beginnings of career handcuffs but most feel that they are young enough to switch careers.  Those in their fifties, strangely enough, feel less trapped, often because of psychological maturity and because they realize that they probably have only one last career change.  Moreover, many in their fifties either are forced into a career change due to being laid off or are in the fortunate position to be able to career change because their finances are in shape.

That leaves the forties as the toughest time to change both psychologically and practically.  That, however, does not mean that you should resign yourself to another thirty years of an ill-suited career.

Those in their forties are often in a better situation to switch careers than they realize.  Most have resumes that demonstrate solid work experience (unlike those in their twenties).  Most still have high energy (which, fair or not, those older are perceived not to have).  Moreover, they usually understand how the world works better than those in their thirties.

While there is no question that Career Counseling Connecticut has helped far more career changers in other age brackets, those that have switched in their forties have often been the most grateful.

Do you feel that your job security has you trapped?

Has your career stalled?

Over 40?  You need to take charge of your career?

Do you need to shift your mindset?

Do you need a process to help you move forward?

Is your career causing you unhappiness in life?

Are you stuck in your career because of the sunk cost fallacy?

Want to like your work to be able to do it “forever”?

Have you wanted to start your own business?