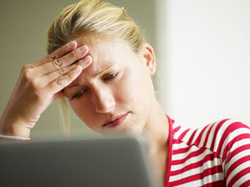 “I’m depressed and anxious,” she said as entered our offices in Madison, Connecticut. “I’m in therapy,” she continued. “But, I figured I would give career counseling a shot.”

To be clear, this is not the case for all such career counseling clients. But it is true for those that were generally happy prior to their current period of unemployment and or unhappy employment. These career counseling clients relate that they never had a history of significant anxiety or depression in high school, college, and work. The woman in the story above related that she has been anxious since last year when a new boss took over and gradually made her daily work life a living hell. Prior to then, she had her ups and downs but never had she felt as she did now.

We spent one hour figuring out a strategy that would lead to a new job. My client reported that she was energized and optimistic for the first time in months (even though nothing had actually changed). She left the office and I did not hear from her for a while.

Three months later, she wrote me with multiple exclamation points that she had landed a new job. One of those exclamation points – “No more anxiety and depression!” She continued: “after our meeting, I realized that there was nothing wrong with me. I was in counseling trying to figure out how I was messed up but you empowered me to understand that I just needed to move on.”

I don’t even know if the job search strategy we created in our session was implemented. So, from a tangible perspective, I’m not sure what our meeting really did but I do know that her energy was properly redirected towards a career search and that this made all the difference.