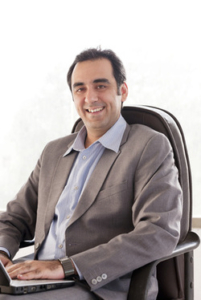 Even before The Great Recession, I was keenly studying the evolution of the new world of work.  This stemmed not only from my interest in providing career counseling to others but also from my own path moving away from large organizations.

I studied Charles Handy’s writing, particularly his seminal work, The Age of Unreason.  Handy  is  a British business philosopher who could be considered the European Peter Drucker.  The Age of Unreason was his breakthrough book.  This was a great read in the early 1990s.  But, as time passed, reading Handy became more and more akin to reading Nostradamus.

Organizations, Handy noted, would shrink to the simplest possible core of employees.  Everyone else would become “just-in-time workers,” as in employed only when necessary for the good of the core.   Essentially, Handy predicted the onslaught of outsourcing, independent contractors, free-lancers, free agents and every other temporary employment structure.  These new constructs obliterated what, not too long ago, had been the informal notion that, once hired by an organization, one could count on employment there into the indefinite future.

Most importantly, Handy predicted that secure jobs would exist for very few.  This prediction was not entirely gloomy.  Indeed, for those who felt chained to a single company for 40 years, the notion of a job shifting/career shifting world was positively liberating.

The tenets of Handy’s predictions are mostly old hat now.  But, some of you are still frozen in time by your career development in an earlier era of work.  You might intellectually understand that the world of work has radically shifted.  Many of you may experientially understand this due to your own job shifting.  Nonetheless, this “old world” mentality still remains dominant when I talk with my 40-60 year old clients and I hear their hopes for a “secure job.”

I am an optimist by nature.  In this spirit, I clearly see Handy’s world unfolding in a way that will leave some small part of the workforce delightfully engaged.  Having developed expertise and credentials in areas of market demand, these workers will successfully navigate the new way careers unfold.  They will likely have a far more interesting, stimulating, and, of course, varied careers than their predecessors.  Indeed, the smart, well-educated, hard-working knowledge economy types  we regularly see among Connecticut job seekers will likely be among those who benefit greatly from this new world of work.

But, my optimism is also tempered by the knowledge that there will be a major downside for those who do not develop high-level skills and credentials.  Metaphorically, I think the job-seeking landscape of the near future will resemble a nomadic battlefield.  Job-seeking warriors will have some combination of credentials, skills, and contacts, to help them battle for preferred jobs, gigs, and projects.

Your success will depend in no small measure on having developed yourself well enough to deal with these new career challenges.