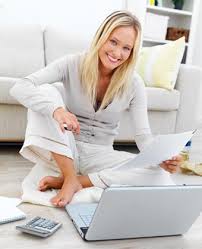 Freelancing is the growing wave of the future.

In a knowledge economy, there will be an increasing need for “just-in-time workers”, those who are needed for projects but for which employers are leery about taking on full-time employees. If you have a marketable skill set and can develop sufficient methods to develop clients, then you can have a career as a freelancer.

Freelancing is a form of entrepreneurship but it has a different feel.  Typically, freelancers jump from one employer to another. Occasionally, they juggle a few assignments.  But, usually, they work for clients a few months at a time and then either continue with their current project employer or, with hope, move on to the next.

Vine-swinging poses the biggest challenge for those freelancing in Connecticut.  In this metaphor, the freelancer swings from one gig to the next, hoping to catch the next project before the previous one closes.  Even for those who love the feeling of not being trapped by an organization, economic stability is an issue.

But, here’s an example that provides hope.  One of my clients recently came to me at a career crossroads.  He loved his freelance work and lifestyle.  But, he was getting married and felt the need to settle into a stable job, a path that he had before but really hated. His body language expressed full scale depression as he thought of going back to a typical 9-5, one employer job.

I asked if there were other ways that he could make money in addition to his freelancing.  He initially said “no.”  I then clarified that I meant any other way such as waiting tables or something outside of his white collar focus.  He confessed to having some hang-ups about working in jobs that seemed beneath him.  (He had an advanced degree).  I told him straight-out that his pretentiousness was holding him back.   He agreed. He then told me that his brother ran a UPS store and was kind enough to offer him shift work as needed. My client admitted that his ego compelled him to decline.

We then reviewed his situation and realized that he could earn enough at the store to steady himself during gaps in employment.  The possibility of that backstop income coupled with his conservative estimates as to what he would make as a freelancer made him realize that he could continue his freelance work.  No need to head back into the full time work world that made him feel trapped.  He left smiling.

If your preference is freelancing, then your next task is figuring out how to steady your income during rough patches.