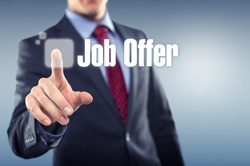 We are in a historical jobs-career-economic revolution.  Sometimes revolutions are subtle, particularly those that take place over a few decades.   Farmers at the advent of The Industrial Revolution certainly did not describe themselves as being part of a revolution.  They heard about factories and new types of work in the city.   But, most had no idea that they were in the midst of an all-encompassing transformation of jobs, careers, and economics.

We are undergoing a work revolution that is potentially on the same scale. A short while ago, the predictable path of college, even for the somewhat aimless, would lead to some reasonable type of job.  When I give talks on this subject, I often say that through the last half of the 20th century “most anyone with decent grades from a decent college would find a decent job”. Older folks not in full agreement.

Further, career paths for most were predictable.  Upon joining a company in some entry level position, the young adult would strive for upward mobility to become an assistant manager then manager then senior manager and from there assistant director then director and so on.  There was a general sense that each stage would last about 3-7 years,  depending on the organization.  The progression would stop for some and continue for others.   Moving to a different department within the same company was considered a big career move.  Taking a similar job in a different company was definitely a big career move.  Those who switched careers were considered highly unusual and often not in a good way.

Such descriptions about the work world are beginning to seem long ago and far away.

I should emphasize that this not about reacting to the Western world’s recent economic woes.  The financial tailspin of the first decade of the 21st century and the pandemic disruption, accelerated, but did not cause, radical shifts that were already happening.

Charles Handy’s breakthrough book The Age of Unreason predicted that organizations would shrink to the simplest core of employees possible, and create every variation of outsourcing, downsizing, and creation of independent contractors, freelancers, and free agents.  He wrote this in 1989.  Thomas Friedman wrote a more contemporary classic The World Is Flat which further illustrated the changing economics that face the Western world.  While there were numerous brilliant observations, the most significant was that as the world grew interconnected, the Western worker would face tremendous competition less expensive, often harder working, and sometimes better foreign workforce.  He wrote this in 2005.

It seems clear to me that secure jobs- like those in the 20th Century – will exist for very few in the near future.  When I first contemplated this new career paradigm, I thought that such mobility would be positively liberating.  The thought of staying at one company on one track for 40 years seemed a bit dismal and I think many of my contemporaries agreed.  Now, I’m fairly sure that a large number of workers would gladly take the trade off of security for career choice freedom.

This also sounds grim.  It is not.  Plenty of people became wealthy due to The Industrial Revolution.  The American middle class owes its existence to this transformation.  The world is certainly better for it, even though a lot of farmers suffered.

I’m an optimist.  For that reason, while I sympathize with those who have been toppled by this economic revolution, I also note that most of us will have far greater control of our work world than ever before; while we have foreign competition for work, those workers can also help us with our entrepreneurial efforts as well as buy our products; and, our creative energies will be unleashed as never before in the knowledge economy.

These are only some of the great possibilities for those who can recognize and embrace that we are living in a work-jobs-career revolution.