Why Career Counseling Will Help You Get “A Job” 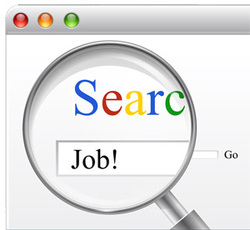 Michael, a high achieving, personable recent college graduate, from Branford relayed to me his job searching woes. He had been searching for “jobs” in a variety of online job boards.  He had looked through “job listings” within his college’s career services online listings.  He had told friends and relatives that he was looking for a “job.”

Michael has all the right stuff to find employment.  Good grades from a good college with a good major.  But when he walked into my Madison office the first thing he said was “I’ve told everyone that I just want a job.”

In further discussions, Michael revealed that his relatives were also high achievers and that he made similar declarations to them.  I explained that “I want a job” is not particularly helpful to someone who might be in position to help him.   I liked Michael well enough that I told him that I would use my contacts to help him but I wouldn’t know how to do so because I wouldn’t know which friends to contact – telling me wanted “a job” wouldn’t help me help him.

I went through several of our recent pass successes with Career Counseling Connecticut’s clients who were similarly situated.  They entered career counseling with similar intentions – “I want a job.” They left knowing – perhaps in broad themes – but much more specifically what they wanted.  In one such instance, a recent Conn College graduate had been fruitlessly searching for “jobs” for several months. After one meeting, she was able to articulate: “I want to work in marketing in the New York area in the fashion industry.” That was incredibly helpful and particularly serendipitous because I have a cousin in the industry who can help her.